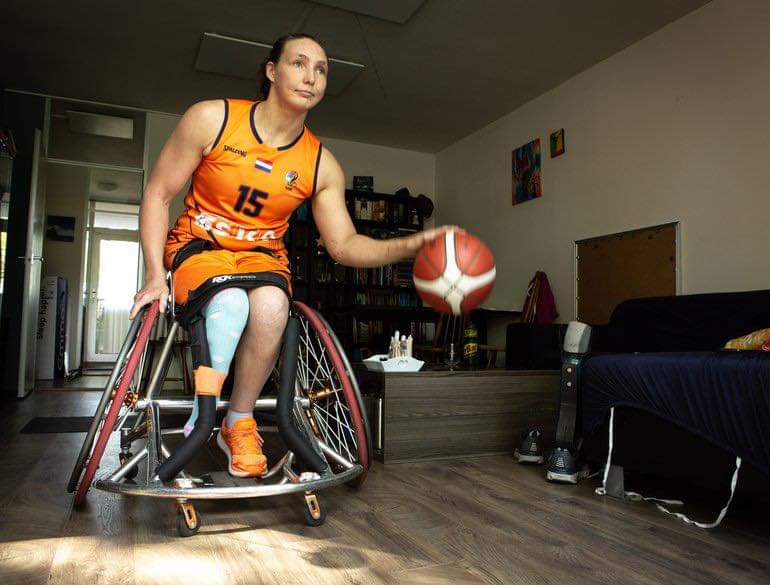 Congratulations retrospectively on your 30th birthday. How are you and what are you doing right now?
Thank you very much. I am alright, i would say. Right now I am a bit tired, lying on my couch. We are practicing full-time at Olympic Training Center Papendal. Next week we have a tournament, The Dutch Bubble. After that we go to Cologne to the Nation Cup with games against Spain and Germany. It is really hard to find nations to play against. So every game we can play it is good for the preparations.

Doorwerth in Eastern Netherlands has been your new home for more than a year. How do you live there?
Doorwerth is a small village in the middle of the wood next to a river. My Apartment building is on top on a little hill. If you look around it is very green. We have lots of bicycle streets. The people are very friendly, and a bit weird, but i am also. (laughing) When i go to Germany i am on a highway in about five minutes. To go to Hannover I need about 3 hours and ten minutes.

You skipped the RBBL Season because of the high risk with Corona. How did you keep yourself fit during the pandemic for your dream - the Paralympic Gold Medal?
I was part of the Dutch Bubble. People which played in Papendal went into a semi-quarantine which means to limit contact outside. I practiced a lot at home, weight training for example. I have never done that so much at home ever before. And I was biking a lot, of course.

How did you motivate yourself during this difficult time? What kind of support did you get?
A good question (laughing). I was not always motivated. I know if i do a workout, then I feel better by myself afterwards. It is definitely more fun and make things much easier to practice with the team and with the teammates. We support each other in the team and we have a really good coach, who sent us schedules and training programs and prepared us very well.

Your family and especially your sister Linda are always an important support for you. How did you keep in touch?
We kept in touch with a lots of WhatsApps. It was not perfect, but it was something. We saw each other in real for about two time in more than a year. Now it is a bit easier for me because I am fully vaccinated. Maybe we can meet for a weekend before I go to Tokio. 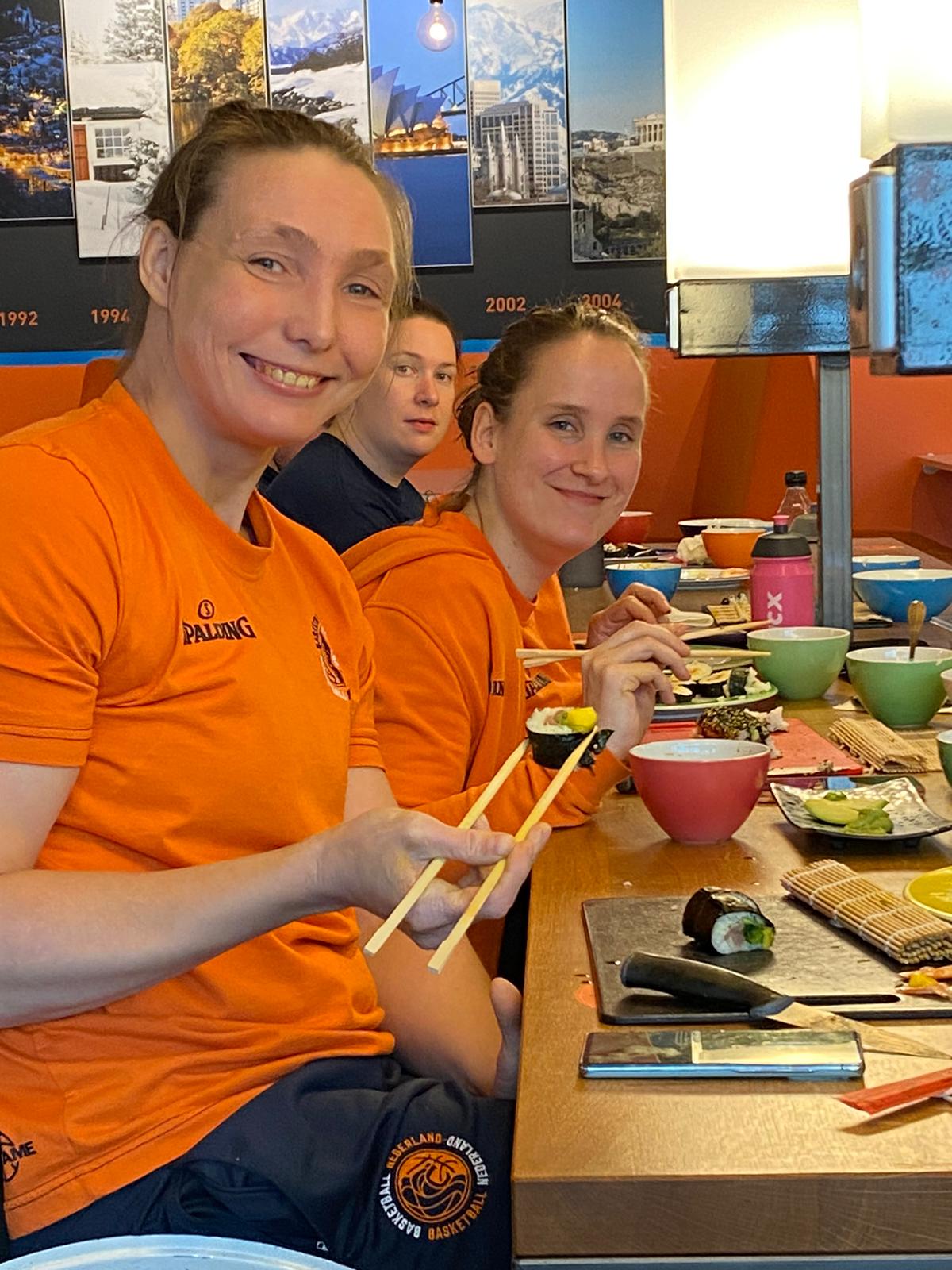 You decided not to play for Hannover United the last season for sensible reasons. But you supported the team from a far. What did you miss the most?
That time was very hard for me. Most of the time we wrote messenges and I watched every single game on the livestream. My highlights were the win against Thuringia Bulls and making the playoffs clear again. That makes me very proud. But I missed playing together, the Bus rides, even the days you have practice late in the evening and meet each other after six hours of sleep again (laughing). It was heartwarming when i posted something on Social Media and the guys from Hannover - volunteers, fans, and teammates - answered. I miss you guys.

Despite the United break, you extended your contract a few weeks ago. Team manager Udo Schulz said they were brief negotiations. Why did you quickly realize that you were staying?
I mean i love the team and management. The environment in Hannover is very professional. And this is all you need to succeed. At least it was easy for me to sign a new contract.

London, Rio, Tokyo - the Paralympic Games, your third, are just around the corner. Which teams are the favorites from your point of view?
Us (laughing). Seriously, Team Netherlands, Great Britain, Canada, and China are my personal Top-Four for this tournament. And I think we are going to make it.

With the Dutch national team you will face China, USA, Spain, and Algeria at the Paralympics - a feasible group?
I would think China is the hardest opponent. But we aiming to win every single game - and this is possible. It is fun to start against Team USA, which is the Gold-Winner from Rio de Janeiro 2016. I expect a win. Since we have such a broad team. We can do different setups, and use the different strengths of our team. Also we are pretty quick and strong.

There is not much time to relax after the games. When are you back in Hannover?
I think ten day to two weeks after the Games I will be back in Hannover. I am looking forward the most to be with my teammates from Hannover United again.